Double Bus Half Breaker Scheme
In electrical substation or Switchyard various Bus Bar arrangements are used as it is a common point for various incoming and out going circuits. The most used scheme for high voltage high power switch yard such as a 220 KV or 400 KV is "Double Bus half breaker arrangement" or more commonly know as "Half breaker arrangement" (Fig 1)due to many advantages of this scheme. Schematic diagram of this arrangement is shown below, see it carefully 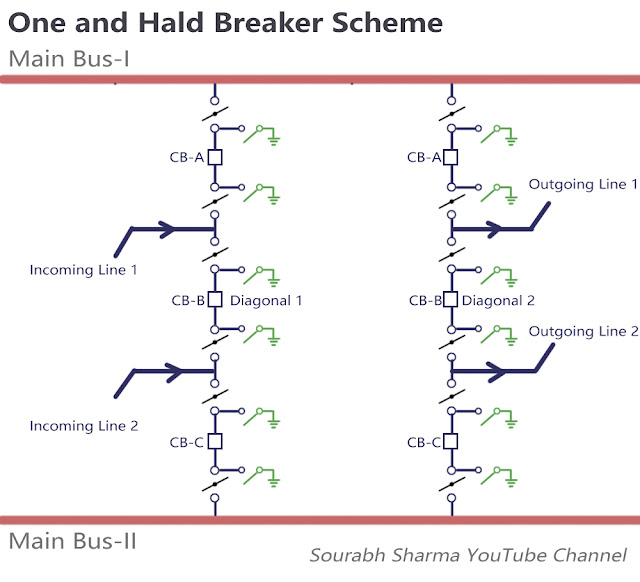 It consist of (Fig 2)
1)two main buses (Main Bus-I and Main Bus-II),
2)Three bays in each Diagonal
3)Each bay consist two isolators or disconnect switch at both end along with earth switch, a circuit breaker at middle  and other auxiliaries like CT, LA etc. 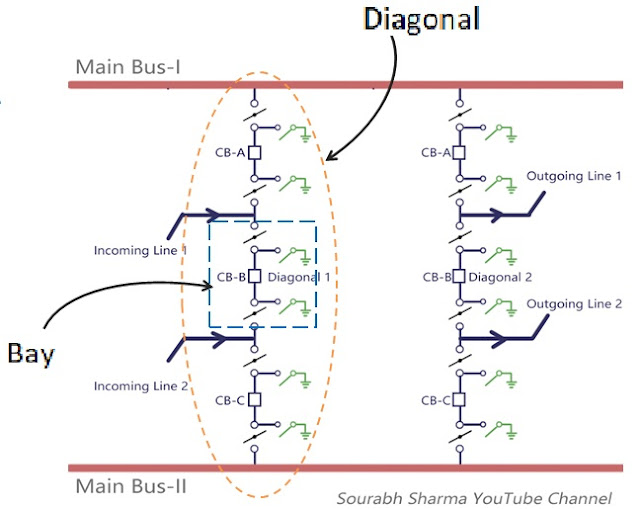 •To understand complete process we will see all conditions step by step.

Case1; Normal working condition (Fig 3)
•All circuit  breakers and isolators are in  closed condition
•So the both of incoming lines form generating plant and outgoing lines  of transmission system are remain in contact with both the two busses through circuit breakers. 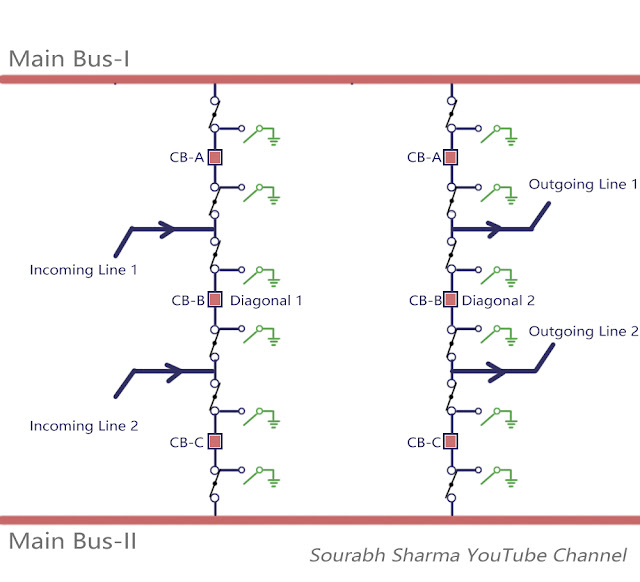 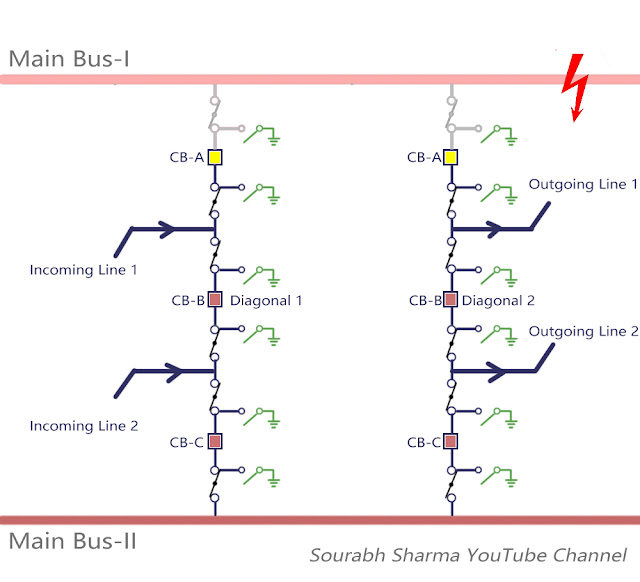 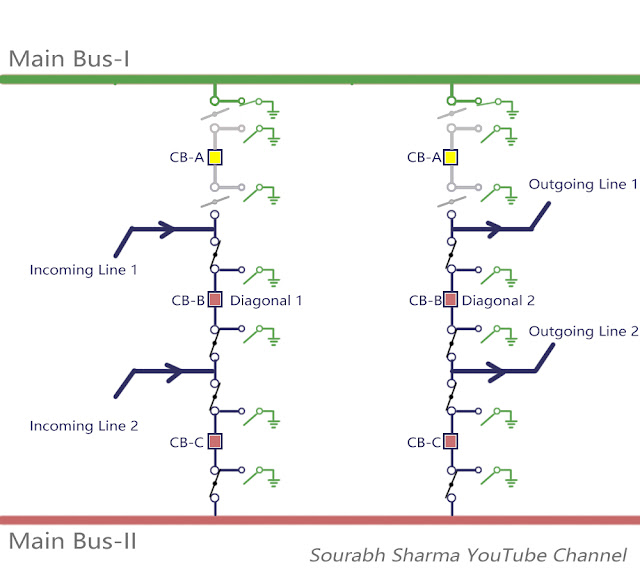 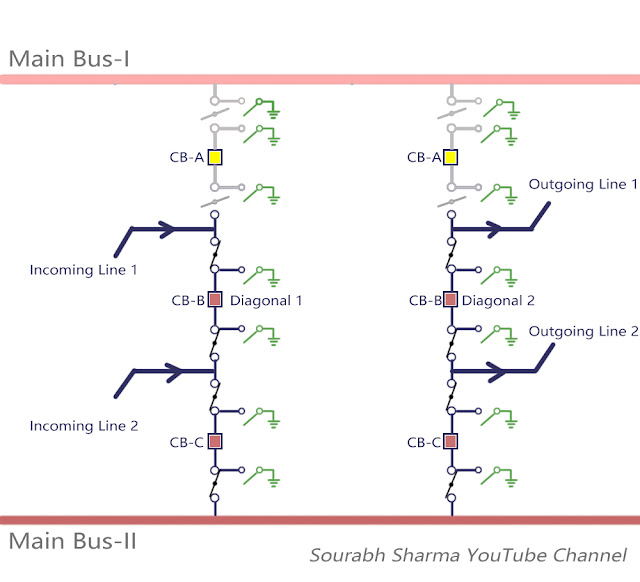 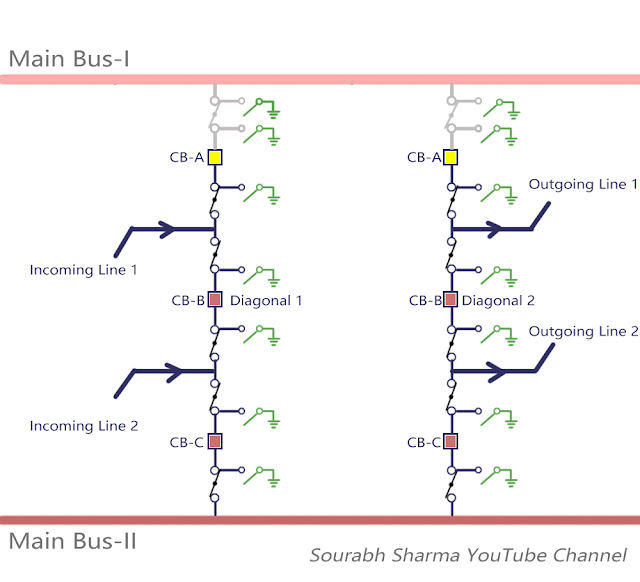 • At last the circuit breakers must be closed to compete the process Fig 8. 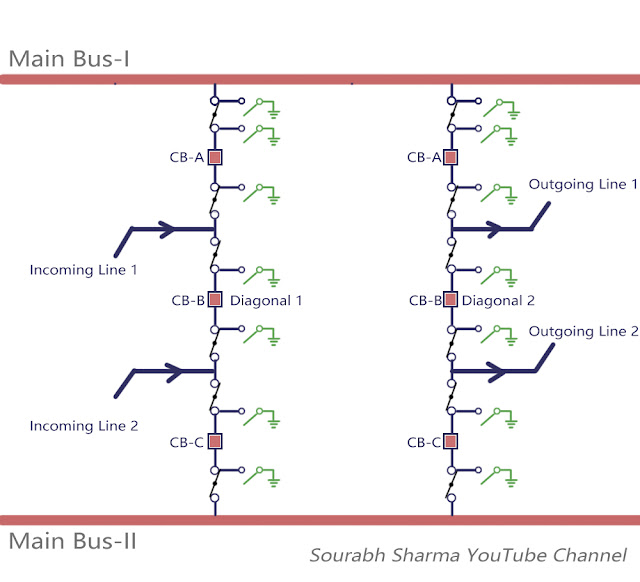 Case3; Fault on any Breaker Fig 9
•During normal working if there is a fault on any breaker the remaining breakers continues power transfer
•Example; Fault on CB-B of Diagonal 2 maintain continuity through CB-A and CB-C of Diagonal 2.
• After trouble-shooting and repair the faulty Bay can be again put in to the service by following proper switching sequence  as followed in the previous case. 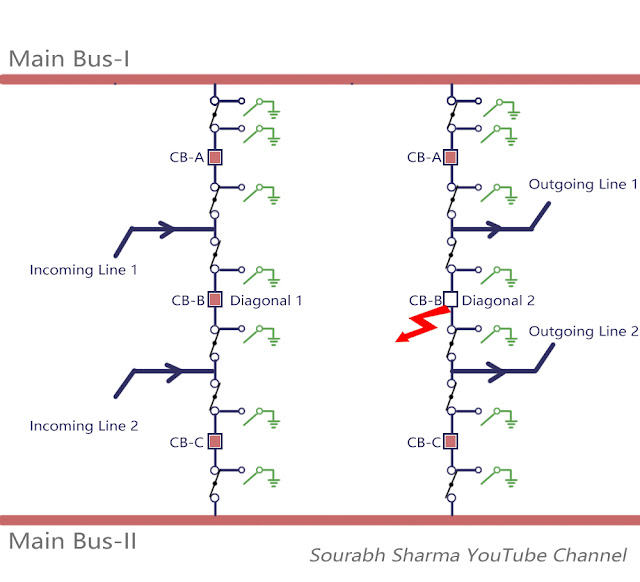